I first presented much of the work seen here in October, 2007 at Chicago’s Finch Gallery in a solo exhibition titled Better Days Ahead. This body of work was started in 2005 and the last of the works was completed in 2008. Better Days Ahead was first and foremost a reaction to my overwhelming disgust and fatigue with war, politics, terrorism and fear mongering, and the unfortunate politicization of sexuality. I began this series because I selfishly wanted to have fun painting people having fun- I wanted to escape. This work explores themes of fantasy and desire and borrows imagery from a number of sources including personal photographs, advertising and pornography. I am interested in what is considered beautiful and desirable, how this is conveyed through a variety of sources, and how I respond as a consumer of imagery. I realized early on that there is a fine line between taking the bait and avoiding the trap and I constantly question whether or not I am just perpetuating stereotypical fantasies or if I am presenting something more subtly honest. Ironically, the election of Barack Obama and the better days that many of us thought would magically appear with this milestone have been met squarely with some of the biggest challenges our country has ever faced. So again, here’s to hoping there are still better days ahead. 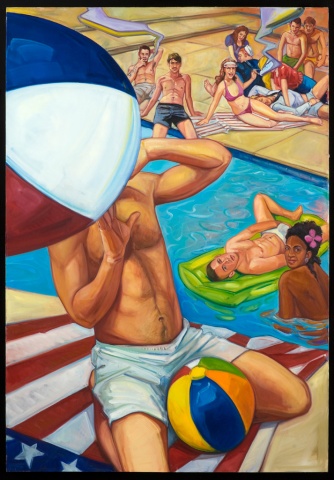 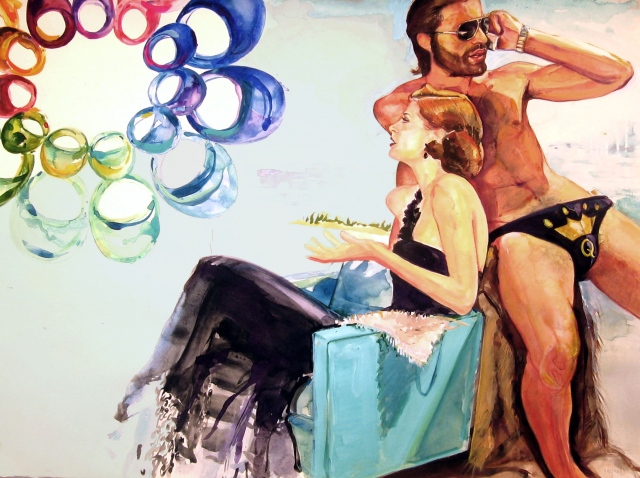